We just released the free edition of our puzzle game iPACROSS on iPad today. In-app purchase was implemented in this version. We offer the first 80 puzzles for free, and player could purchase the other 5 levels (320 puzzles) at a later time. Each level was priced at $0.99, so we kept the total price the same with the full version, which is currently sold at $4.99.

Here is the iTunes Link.

We started to work on this free edition 2 months ago. Besides the in-app purchase, we also implemented Game Center as the primary improvement. Since we shared the same code base between both full and free version, both of them got benefit from that.

We considered to remove the current OpenFeint support from the full version of iPACROSS, since we now have the Game Center. The migration would be easy since Open Feint do provide a migration SDK to move all the achievements and leaderboards automatically. However, after consulting the feedback from some loyal players, we decided to keep the OpenFeint support because players really like that. It sounds right to support both online platforms together.

We finished the iPACROSS Free on April 18, 2011. And Apple approved that on April 27. But we were very conservative in keeping it from release. Since both GameCenter and IAP were kind of new experience for us, so we want to make sure everything is  right before we present the game to the players. Based on player feedback for both iPad and Mac version, we updated the free version two times before we finally believe it would be the right time to put that on AppStore.

On the first day of release, iPACROSS Free was downloaded by around 920 times, and 4 IAP had been made. Considering the amount of free content it has, I believe it would take some days before we could know the conversion rate, and compare the sale data between full and free version.

However, it’s still an honor to be among these excellent games 🙂 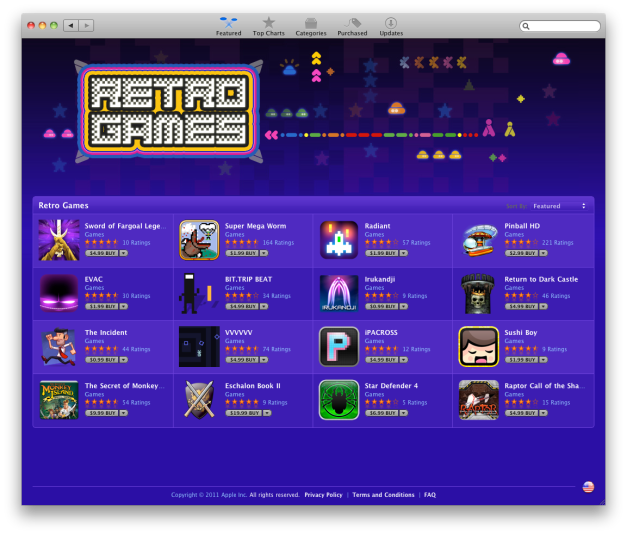